Blog - Latest News
You are here: Home / News / Tax Cuts and Jobs Act: What the Tax Bill Means for You

Congress has passed a tax bill that will take effect in 2018, ushering in some of the most significant tax changes in three decades. There are a lot of changes in the new bill, which was signed into law on December 22, 2017.

You can use this memo as a high-level overview of some of the most significant items in the new bill. Because major tax changes like this happen so seldom, it may be worthwhile for you to schedule a tax-planning consultation early in the year to ensure you reap the most tax savings possible during 2018. Contact us to schedule your consultation today.

Here are some of the key items in the tax bill that affect individuals:

What stays the same for individuals:

One of the changes in the tax bill is the repeal of the Affordable Care Act (also known as “Obamacare”) individual mandate penalty. The penalty is set to zero starting in 2019, but remains in place for 2018 and prior years.

Here are some of these key items in the tax bill that affect businesses:

This brief summary of the tax bill is provided for your information. Any major financial decisions or tax-planning activities in light of this new legislation should be considered with the advice of a tax professional. Call us if you have questions regarding your particular situation. Feel free to share this memo with those you think may benefit from it. 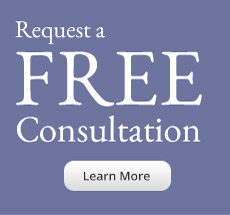